The Palio is a complex event organized by the Municipality of Siena.

There is no reliable date for the origins of the Palio, as there is no precise news for the foundation of the city, which in the myth begins with a long “run” run by the children of Remo, Senio and Aschio, who reached the City after the escape from Rome.

Certainly the Palio is ancient as Siena, and its history is always interwoven with that of the city. In the Golden Age of the Siena Republic – 150 years between the beginning of the 13th and the mid-14th centuries – the Palio was the solemn and conclusive moment to celebrate Assumption at mid-August parties.

It was, of course, a stake in a different form from the present; At the beginning of the 1300’s already running long palii – even with horses without jockey – and the winner – who reached the ancient cathedral after departing from one of the gates of the city – was awarded the prize a “pallium”, a drappellone Of precious cloth, which would then give the name to the Feast. 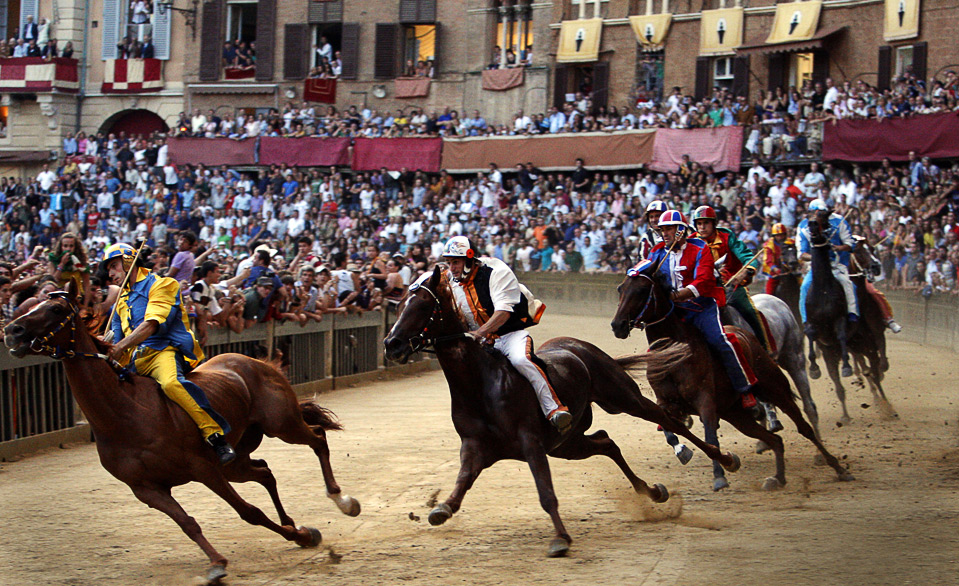 The traditional Palio races take place in “Campo” on July 2 and August 16 each year; Except for the above mentioned events, extraordinary Palies can be made in exceptional circumstances or events.